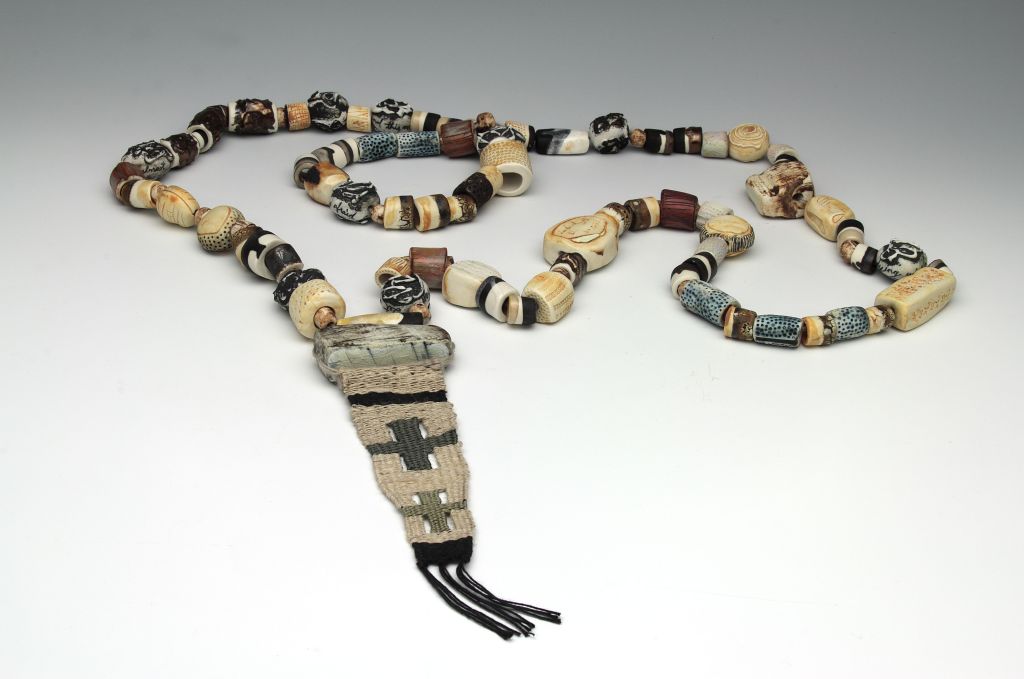 When I first began teaching, my position was .5 Language Arts & .5 Visual Arts.  As time went on, I moved more and more towards Visual Arts and farther away from Language Arts. The one course I held onto in English was College Prep — the equivalent of WR121. I loved teaching that class. And while I am rather modern in many aspects of my instructional (and assessment) practice, I have a few very old fashioned notions. One, held firmly, is that students should memorize poems. I inherited this belief from my own 6th grade teacher, Miss Bruce, without whom I might never have carried lines from Tennyson, Sandburg, Browning, and Frost with me through adolescence and into adulthood.

In College Prep English, we memorized “The Love Song of J. Alfred Prufrock.”

Not all of my students appreciated this particular assignment (when I am pinned and wriggling on the wall), but it was inevitably a sort of boot camp, something we all survived one way or another, and bonded over. At the time, I relished having those lines in my head almost more than what they actually signified.

It’s been three years now since I taught an English class. I discovered to my chagrin that the lines have faded in my mind.

Memory has been an important theme in my artwork, and now takes the form of expressing my own anxieties over the loss of self, the loss of identity, that comes with the loss of memories and mental acuity (And in short, I was afraid). 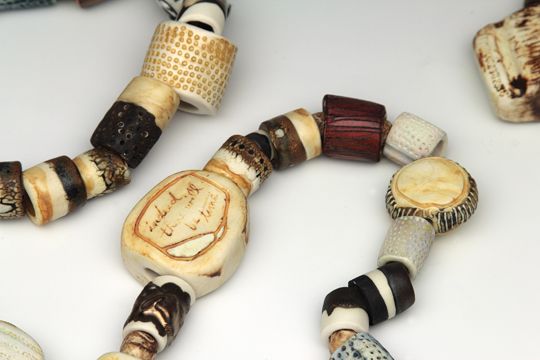 This piece, titled for the time being “Prufrock’s Rosary,” is a meditation on that, and, in a reversal of the great tradition of using art to say something significant about religion, it borrows from religion to speak to art.

What I am aiming for (it is impossible to say just what I mean!) is to use the form of the rosary, a tool to connect to the divine, to allow for a meditative, calm, yet focused state. The beads follow the logic and lines of the poem in accordance to a series of visual cues, colors, and textures, stanza breaks, and the occasional actual phrase. All intended to make a path back in to the poem — and, by that calm and meditative state, try to alleviate the anxiety Eliot expresses through Prufrock, which is a poem about arrested moments, the arrested self, the humiliation of aging and of second-guessing one’s self.

And would it have been worth it, after all,

After the cups, the marmalade, the tea,

Among the porcelain, among some talk of you and me,

Would it have been worth while

To have bitten the matter off with a smile,

To have squeezed the universe into a ball

To roll it toward some overwhelming question,

To say, ‘I am Lazarus, come from the dead,

If one, settling a pillow by her head,

Should say: ‘That is not what I meant at all;